Historical Evolution of the City of Rhodes

The island of Rhodes, the bride of the god Helios (the Sun) according to mythology, is situated in the Eastern Aegean very close to the shores of Asia Minor. First mythical inhabitants are the Heliades, son of god Helios and of the nymphae Rhodes, astrologists, and also the Telchines, mystical tribe with magical skills. Minoans from Minoan Crete inhabited Rhodes, after the destruction of their civilization, due to the eruption of Thira’ s volcano.

Circa 1200 BC the tribe of Dories came to the island. In 1100 BC, the three ancient cities of Kamiros, Ialysos and Lindos were established. The city of Rhodes was founded in 408 BC at the northernmost point of the island, by Doreius, the Olympic victor, son of Diagoras, as the combined settlement of the three cities. The ancient city was based on the street plan system of Hippodameus with straight streets in a grid and underground sewage and water installations of exceptional technique. On the Acropolis, the Temple of Apollo Pythias dominated the scene and further north stood the stadium and the Temple of Zeus and Athena Poleos. Hellenistic Rhodes, with Colossus, fortified walls and protected harbours, was one of the most important cultural cities of the ancient Greek world.

With the Romans in the ascendancy, Rhodes lost her independence but, until 42 BC, she maintained her prestige as an important centre of letters and science with famous schools, where reknown students, like Cicero and Julious Caesar attended. From as early as the second century AD an active Christian community was developing, and according to tradition, it was St Paul who founded and taught the new religion on the island.

In the 6th century AD the enormous Hellenistic city had dwindled to about 1/3 of today’s walled City. In the 7th century Rhodes, based round the great harbor, was divided in the Byzantine acropolis- “the Castrum” – and the rest of the city. Information about the island in the Mediaeval Era relates mainly to Arab incursions and looting.

Rhodes remained part of the Christian Byzantine Empire until 1309, when she came into the hands of the Order of the Knights of St John of Jerusalem. The installation of the Knights marks the re-birth of Rhodes in all sectors from trade and commerce to arts and letters through her relationship with Western Europe, which lasted for 200 years. The medieval city expanded its present size, divided in the Collachium – the former Byzantine acropolis, now including the Palace of the Grand Master and the famous street of the knights with the inns of the Tonques of the Order- Italy, Provence, France, Auverne, England, Germany, Spain– and the Burgum, the rest of the city. Construction of prominent buildings occurred, as well as progressive modernization and strengthening of the fortifications. These eminent fortifications, still standing in their greatness, endured two major sieges by the Ottoman Empire, the first, vistorius in 1480 and the second, fatal in 1522.

Rhodes remained under the Ottoman rule for almost four centuries (1522 – 1912), falling into decline. Rhodians were granted certain privileges, such as freedom of religion and exemption from the forced recruitment and training of Christian boys for the Turkish army. The city suffered from serious disasters in the 19th century:  catastrophic earthquakes, the explosion of the gunpowder cache in St John of the Collachium in 1856, which flattened the surrounding area (including the Palace of the Grand Master) and the great fire of 1876.

At the beginning of the 20th century, Italy declared war on Turkey and in 1912 occupied Rhodes. For 35 years, in a wide programme of restoration, expansion of the city, public amenities and touristic promotion of the island was undertaken, together with an effort by the Italian administration to propagandize Italy as the natural successor of the Knights of St. John. Extensive excavations brought to light important ancient monuments, medieval monuments were restored with the removal of later Ottoman additions and the destructed Palace of the Grand Master was reconstructed. By an Italian decree of 1920, the Old City the moat and the surrounding cemeteries were designated a Monumental Zone.

In the end of the Second World War, Rhodes and the other Dodecanese islands were officially incorporated into the Greek State in 1947. In 1948, by a decision of the General Council of the Dodecanese, important monuments were designated as “historic monuments to be conserved.” In 1960, by a ministerial decision, the entire Medieval City of Rhodes, with the walls and moat around it, was declared a group of historic monuments to be conserved. In 1988 the Medieval city was included in the UNESCO cataloque of Monument of World Cultural Heritage. In 1993 it became a founder member of the Union of Cities of World Cultural Heritage.

Historical Evolution of the City of Rhodes 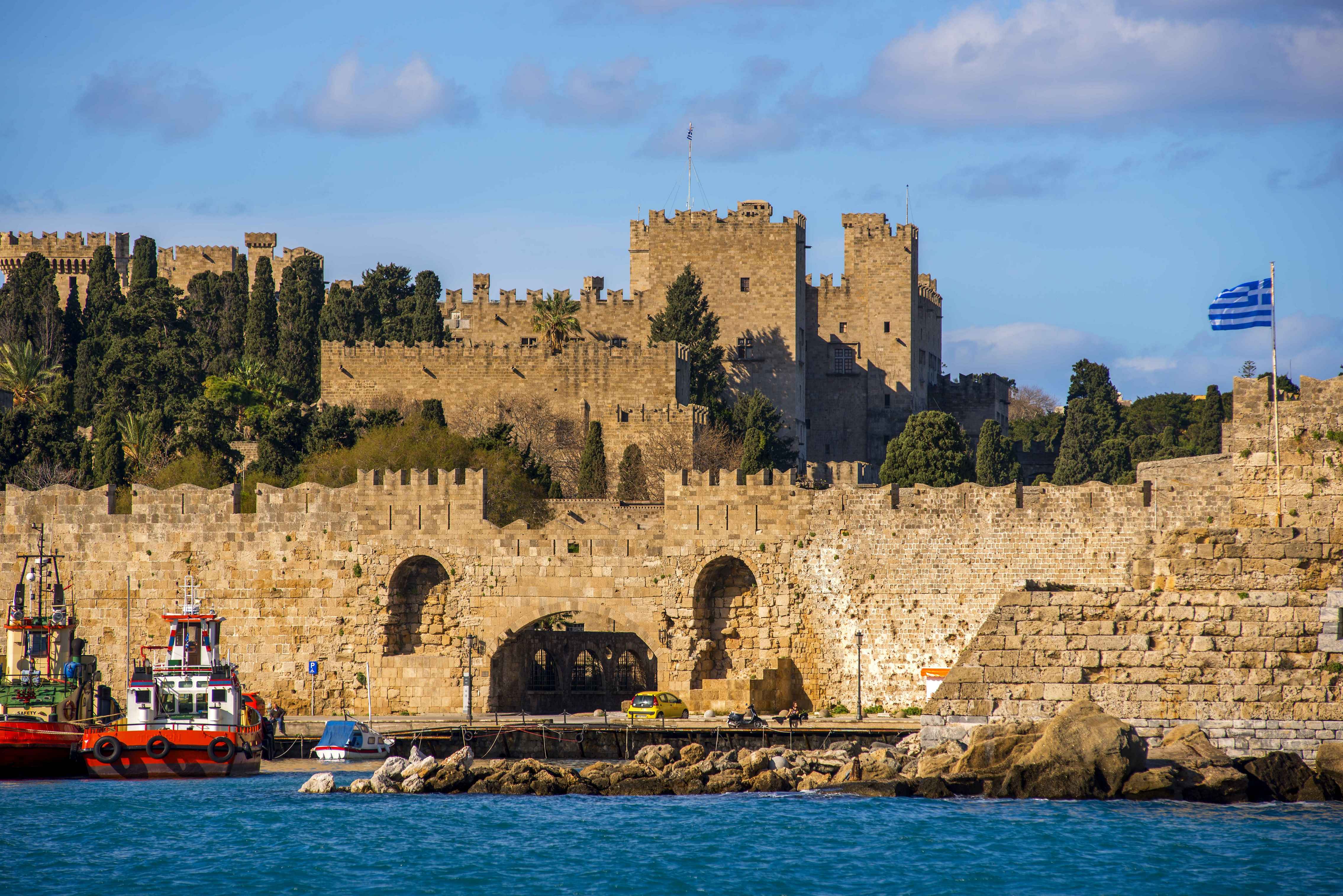